I grew up in Richmond, Virginia. I still live in Virginia. I recently moved out of Richmond due to the safety issues and rioting and looting.

Calling for and rioting for de-funding the police is going to do more damage than good! You know I’m the 80’s and early 90’s all of the projects, so to speak, begged for more policing!!
Why are we still allowing the protests to happen? We are basically in a revolution at this time as history is repeating itself, and our children see violence, they see hatred, they see division.
Why is it perfectly acceptable to burn the American flag? Hate our sitting President of the United States without a valid reason and based on emotions?
Please tell me what other Presidents in history have ever faced this much adversity, controversy, and hatred?
I agree that our current President is not a politician. He is, however, a businessman.
Trump is conducting business. He has not let the controversy of the last four years, almost, of his term in office, affect his decisions.
Do I agree with every decision? Absolutely NOT!
I am not going to talk about what is going on everywhere else. I am going to talk about Richmond, Virginia. Since the rioters (not the peaceful protesters) have decided to tear down statues, destroy minority businesses, burn buildings, vandalize property, and terrorize the police department. Let’s start there.
Apparently, this began with George Floyd, correct, as protests. Correct?
Now it is so much more. What is it solving? I can’t tell what it is solving. Property values are going to decrease in the rioting areas, people are going to move, they will lose money because of the decline of the property values. They fear for their safety. The site is horrific.

Below are the FACTS:

100 homicides in 1988, the first year of triple-digit killings in Richmond. The number would peak at 160 in 1994 and earn the city the unwanted distinction of being the U.S. “murder capital” in 1997 (on a per capita basis) when 140 people were killed.

We’re these police killings? NO

I did not even add in the sexual assaults/ battery, rapes, kidnappings, break-ins, robberies, etc.
Virginia alone witnessed an increase in violent crime from 2018 to 2019, with 18,717 violent crimes reported in 2019 compared to 18,269 violent crimes in 2018. Can the “community police” handle this?
The population in Virginia during 2018 was 8.5 million, and in Richmond, Virginia alone, it was 229,933.
Do these deceased not deserve recognition too? They were murdered.
A murder is a murder, correct?
You tell me.
I listed 5 years of murders that show almost if not half of these murders solved! Who were they solved by? Oh, the police and the detectives.
Hmmm, let us think about this for a moment.
So if the police departments are de-funded, does our murder rates go up or down? Who runs background checks on the “new sheriffs’ in town”? Who even says they are competent and not murders themselves, rapists, pedophiles, etc.?
But yet, Americans are willing to trust this! Should I say Un-Americans? Because real Americans fought for this country, they fought for freedom, they fought for liberty, justice, they fought for the land that these rioters and looters are destroying today as the leftists stand by and watch and do NOTHING!
They burn the American flag. All in the name of what is deemed an unjustified murder, racist, police brutality.
Was it? Unjust, yes! Police brutality looks that way! Racism lies in the eyes of those who determine what they want to see because of their emotions.
Do we not have just as big battles to fight? What about pedophilia, homelessness, sex-trafficking. Loss of jobs, people that are starving, bringing unity back to a country that needs it! Not dividing a country that once stood on the ground of a dream.
What happened to that dream?
The American Dream?
Right now, it is a nightmare.

Enough with the B.S.

Look at history!
Look at the facts!
Look at the statistics!
Why are we living in a world where we are stuck in the past so far back from our ancestors that we are not teaching our children about tragedies such as the attacks on the Twin Towers in New York, September 11, 2001? Resulting in 2,977 fatalities. There were over 25,000 injured. Long-term suffering has occurred, and many have died since. 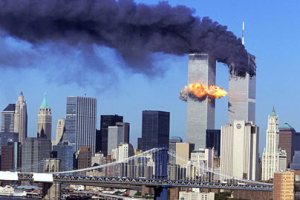 750 – that is it!
The Richmond Police Department (RPD) is the primary law enforcement agency for the 230,436 people within the 62.5 square miles (162 km2) jurisdiction of Richmond, Virginia. The department employs about 750 sworn officers and about 170 civilians.

I go to sleep, praying for all of this to end. I have never lived in such a divided time as now. I fear for my family, I honestly do, because we are a mixture. My children were taught to love no matter what. We don’t fight and argue over race, politics; we simply agree to respect each other, love each other. Respect others.
If you are a true Christian, I ask that you please pray for all that is going on; Jesus is the ONLY person that can fix this. We have to rely on faith, hope, and love.
We also have to spread it.
Share, share your statistics, know your facts, but also volunteer in your communities to make a change. Help the needy, help the misguided, we cannot change the past; we can change the future. The future is what we should focus on!
Turn your hate and anger into something productive, make a change for the better!

Don’t be Shy, Subscribe to Our Blog to Receive Updates!