Bring It All To The Table

Bring it all to the Table 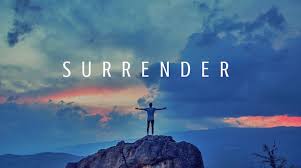 January 2016, during one of the darkest times in my life, I did as I have done many times before and I disassociated and turned my attention to something other than reality. I was going through marital issues, health issues, isolated from everything and everyone. This time, instead of being self-destructive, I chose to turn to crafts and listening to music.

One day on my way home from A.C. Moore (a local craft store), I was changing channels on the radio, I heard a song called “Chain Breaker”, I stopped at that song. It touched my soul. The words, “If you’ve been walking the same old road for miles and miles, If you’ve been hearing the same old voice tell the same old lies, If you’re trying to feel the same old holes inside, There’s a better life”. Who was this singing those words? What station was this? I listened a little longer. It was a local radio station called PER Radio, a Christian music radio station. The person singing that song was Zach Williams. I’ve not had a song give me chills like that before. The words just spoke to me. I was curious. PER radio personalities shouted out a 30-day challenge to listen to their station for 30-days and no other music. I thought, “yeah, ok”. Then I realized, if I can listen to this person, Zach Williams sing his song, maybe I could hear others just as good and they could touch my heart too. Then and there I took the 30-day challenge.

As I went into the spare room and unloaded the bags of grapevine wreaths and tried to clear my mind, I looked up Zach Williams music. I discovered that Zach once led a Southern Rock band called the Zach Williams and the Reformation. Although Zach grew up in a Christian home, he was anything but living a Christian lifestyle. In interviews, he stated he was miserable, unhappy, and living a very unhealthy and ungodly lifestyle. Lost! In 2012, his marriage was crumbling, he was crumbling, he then heard the song “Redeemed”, by Big Daddy Weave. Zach stated that at that very moment, he felt something he had not felt before, the presence of God. His life turned around. He canceled his rock tour; he completely changed his course of direction. He began to make his family a priority, he began to make Jesus a priority, along with his family, they found a church and began serving God.

Zach’s music changed from Southern Rock to Christian. That very year in 2016, when I heard “Chain Breaker”, written by Zach Williams, was also a year of changing for my life. I began to change and focus more on Jesus. I downloaded song by song as each was released and listened to them daily. I listened to PER daily. I became familiar with Big Daddy Weave, Chris Tomlin, Phil Wickham, Lauren Daigle, and many other Christian singers.

I also began going to church, that year I began to publicly pray for my marriage, my health, my lifestyle, and so much more.  I attended a couple of churches until I landed at my home church, New Life Outreach. I loved going to Wednesday night services. It made me feel free. My husband at the time would accuse me of having an affair with men at church, he would say things to me such as “you love Jesus more than you love me”. I, of course, would agree. We are supposed to love Jesus more. He became more distant, confrontational, verbally abusive, combative, drank more alcohol, and so much more.

I joined the Tuesday night prayer group. I felt during that time as though I was constantly praying and listening to Christian music. The only thing that was getting me through each day. Zach William’s songs spoke to me so much, I felt as though he was guiding me to just give everything to God. I knew I did not have a choice any longer. By the beginning of 2018, I had done just that.

My marriage was only becoming more complicated, there was no love or like left. I had to have peace of mind and be at peace with whatever the future held. It was tough enough going through changes with my mother and her illnesses in addition to my own. 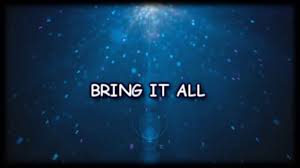 I recall one night coming home from church and I heard those lyrics:

“Bring it all to the Table”

He can see the weight you carry
The fears that hold your heart
But through the cross, you’ve been forgiven
You’re accepted as you are

I imagined myself at that table, with Jesus, having a conversation, Jesus holding my hands, as I bow my head, letting it all out. I just said, “Lord take it, take it all, I can’t bear the weight any longer. I will remain still as you wish. I will not push. I will stand strong. I believe you will see me through.”

Shame, shame, and pride. They are such nasty little demons that we carry along, within ourselves. Afraid others will see that we have failed, we have failed at marriage, failed at relationships, failed at life. You see, we really do not need to do that to ourselves. It is normal and human nature to feel those feelings, but we must bring it all to the table. Understanding that our Savior, our Lord, Jesus Christ, is accepting us as we are. HE understands our flaws, he understands what we are going through, having the ability to open and just let it out, bring it all to the table. That is the challenge.

Throughout life, we are ALL going to go through trials and hardships. We choose how we look at these times. I choose to look at them as some of the biggest lessons in life. I choose to believe that on that very day Zach Williams came on PER radio as I was flipping through stations, Chain Breaker was only the beginning of what was to come. I took the 30-day PER challenge, I cleared my mind and focused on being a Christian, I found a home church, I was able to learn how to pray, I was able to learn how to give up situations, that I truly thought I controlled. I did not control them. God controlled them. I needed to give up pride. I needed to give up shame. I needed to bring it all to the table. Then I needed to just be still.

My life is so different now and I am so different. As a subscriber you know I am in a healthy relationship. I am in a good place. I share these moments and glimpses into my past with you in hopes that you see, you are not alone, in whatever situation you may be facing.

I do believe that when you turn your problems and worries over to God and Jesus, you must leave it there, let them do their part, you do yours.

John 3:16 For God so loved the world, that he gave his only begotten Son, that whosoever believeth in him should not perish, but have everlasting life.

Our Father which art in heaven, Hallowed be thy name. Thy kingdom come. Thy will be done in earth, as it is in heaven. Give us this day our daily bread. And forgive us our debts, as we forgive our debtors. And lead us not into temptation but deliver us from evil: For thine is the kingdom and the power, and the glory, forever. Amen.

I hope all of our subscribers can relate in some way to this post!

Please share your stories with me via comments or email at colorfulchaosthejourney@yahoo.com